The topic of the fourth seminar day has been political engagement, with a focus on the type of peaceful activism which Antero da Silva and ETSSC won the Student Peace Prize for. 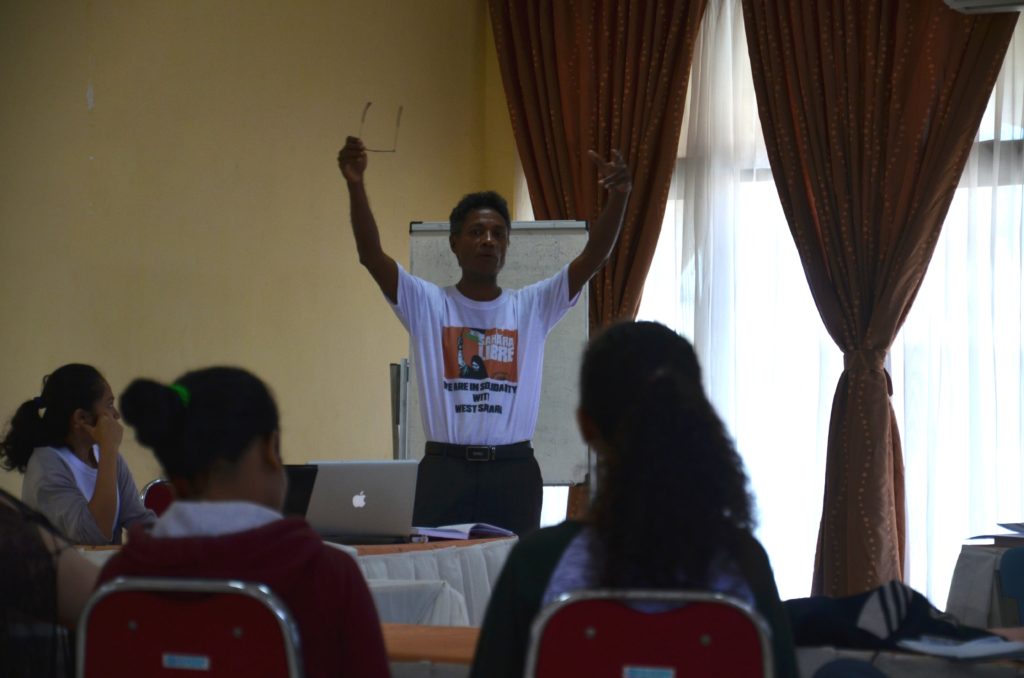 We started the day with a lecture by Prof. Antero da Silva on non-violent activism. The volunteer Dorcy started the session by presenting iconic figures such as Dalai Lama, Martin Luther King Jr. and Mother Theresa for inspiration. Antero made the presentation engaging by tying his own upbringing and life to the history of the Indonesian occupation.

The first workshop of the day was started with an exercise called “the chairs”. The objective of it was to see how people communicated when having different goals to reach a similar solution. At first it went quite peacefully and well, but once we introduced a new conflict by stealing chairs we created an almost anarchistic situation! The affected participants protected their chairs and stole them back while others watched with interest, due to the different instructions they had received. Afterwards we explained the objective and made the students reflect over how they had handled conflicts. 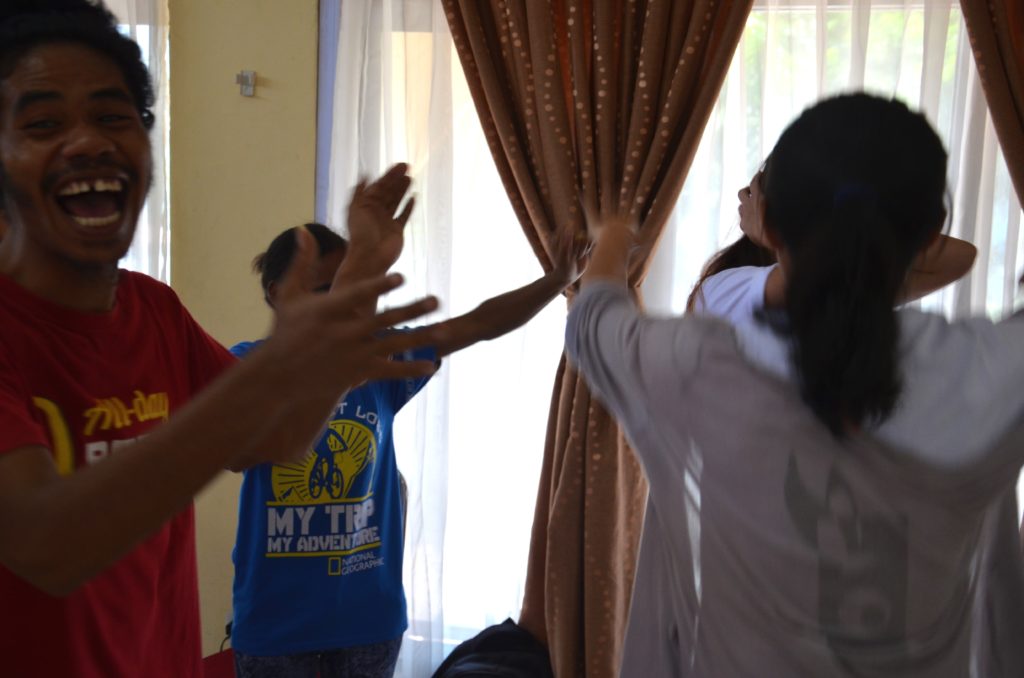 Once we finished the exercise we had some time while waiting for the lunch, so Fabio, a Peace Centre volunteer, took the initiative to share an energizing activity called “the concentration game”. 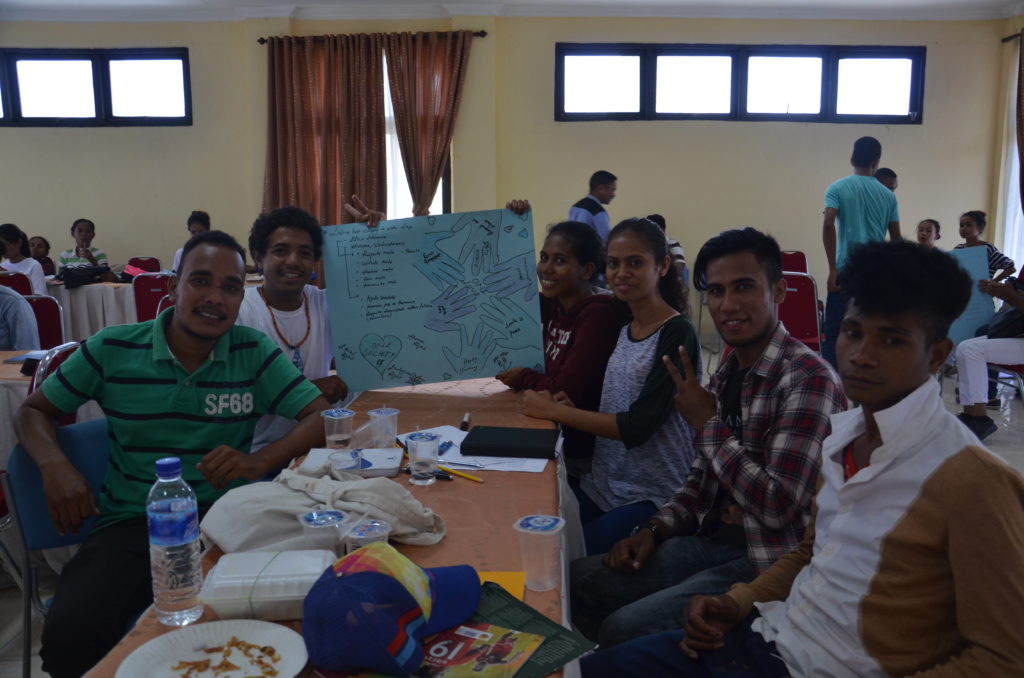 The next workshop was “I also want to decide” – a more dialogue-based activity where the participants were asked to answer the question “In what ways can we as individuals affect the society?”. They did this in their workshop-groups by drawing and writing their visions on posters which they presented afterwards. Many of the suggestions were based on gaining an education and using it positively in one’s own society, as well as for an increase between rural and urban communication. 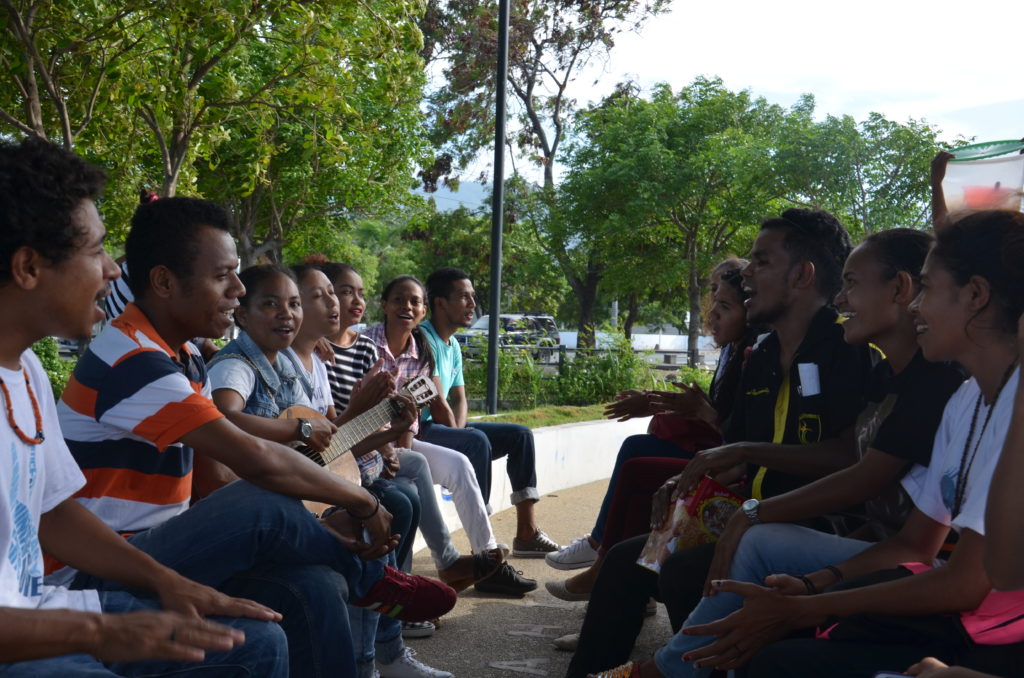 At the end of the day we spent the last session outside at the “memorjal da paz”, a memorial for the collaboration for peace in Timor-Leste. It was a very suitable setting for our last activity of the day which was a discussion on values. The atmosphere was also very relaxed with the participants playing guitar and singing while waiting for us to get ready. It was a lovely end to a day with many engaging and deep discussions. 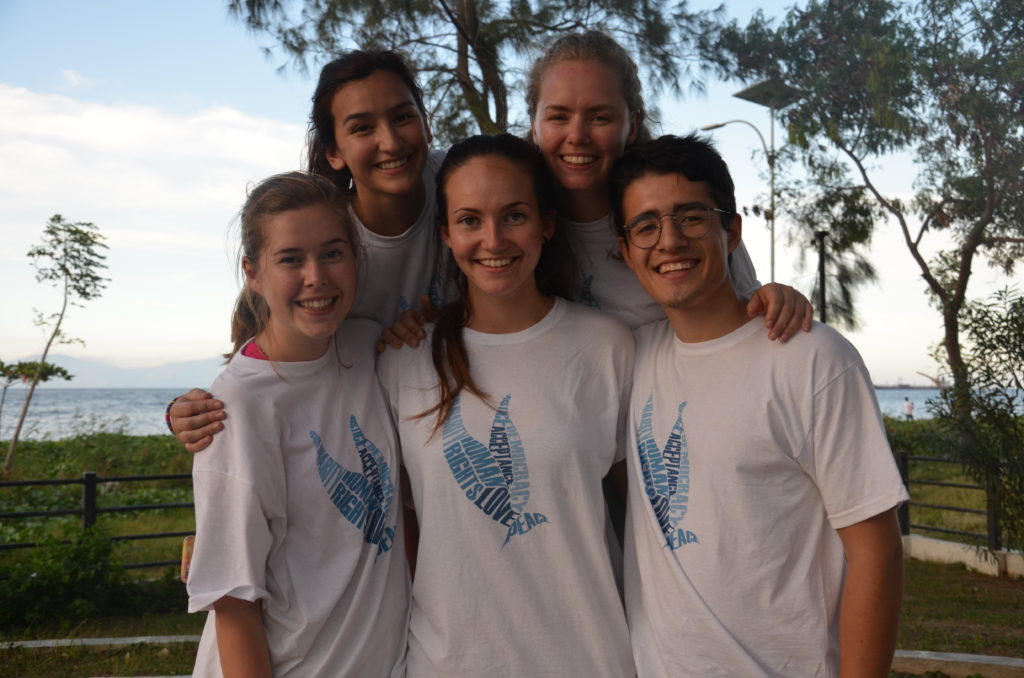 Greetings from the peace project team