Today was the day we been looking forward to, dreaded, and waited for, for a long time; the first day of the seminar. When we woke up this morning, we had mixed feelings of being excited and nervous. Would the seminar go well? Would the participants show up? Would they understand us? There were so many unanswered questions, and we were just about to find out. 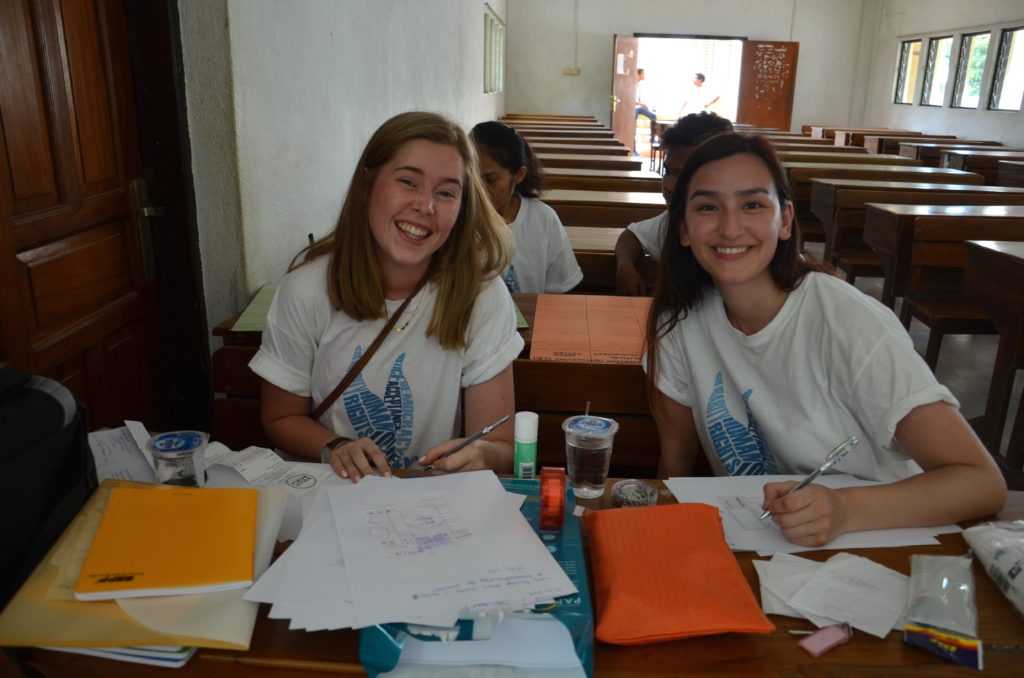 When we finally started the seminar after quite a few delays, we were pleased to see that so many participants showed up. There were in total 44 participants, 10 volunteers, 5 of us, and Professor Lynda-Ann Blanchard and Professor Antero da Silva. 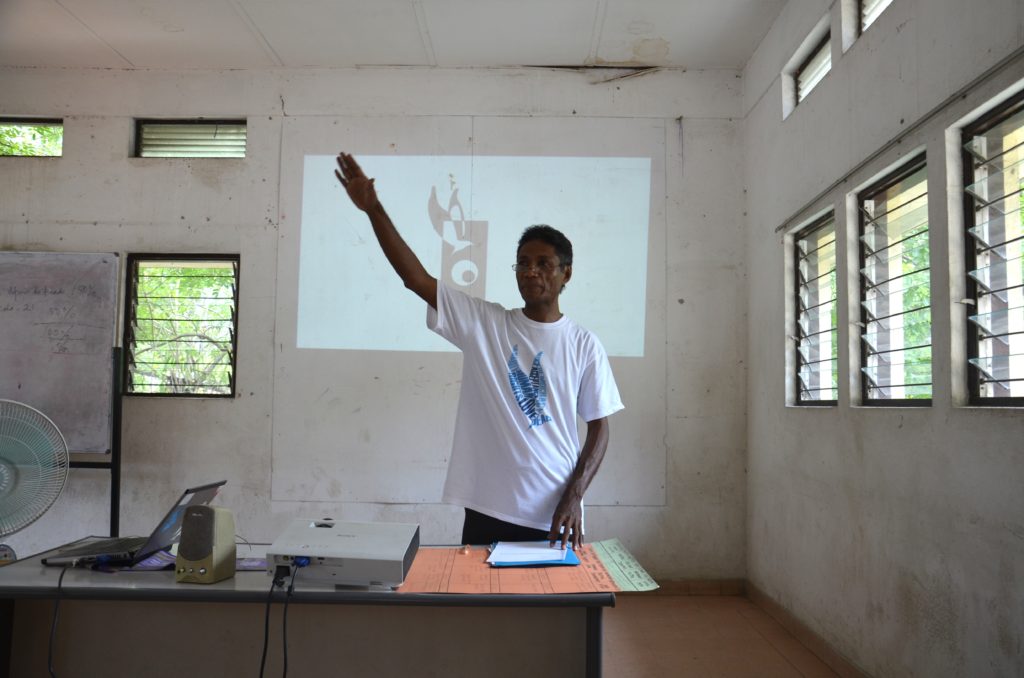 The seminar started with an opening ceremony by Antero Benedito da Silva. He started with a very symbolic song, a farmer’s song that expressed the importance of farmers and how Timor-Leste is nothing without them. He continued with a political poem from 1975, about the resistance from the Indonesian occupation, a poem that commemorates the independence fights as well as motivates further fight for a better future. Da Silva continued with a speech that included the Portuguese and Indonesian occupation, and how the whole society has to contribute and work together to achieve a better future.

A former Peace student and volunteer continued the seminar by introducing all the participants by acknowledging each group both students from the National University of Timor-Leste (UNTL) and students from Instituto Economia Fulidaidai Sluli (IEFS), which were accompanied by three of their leaders. 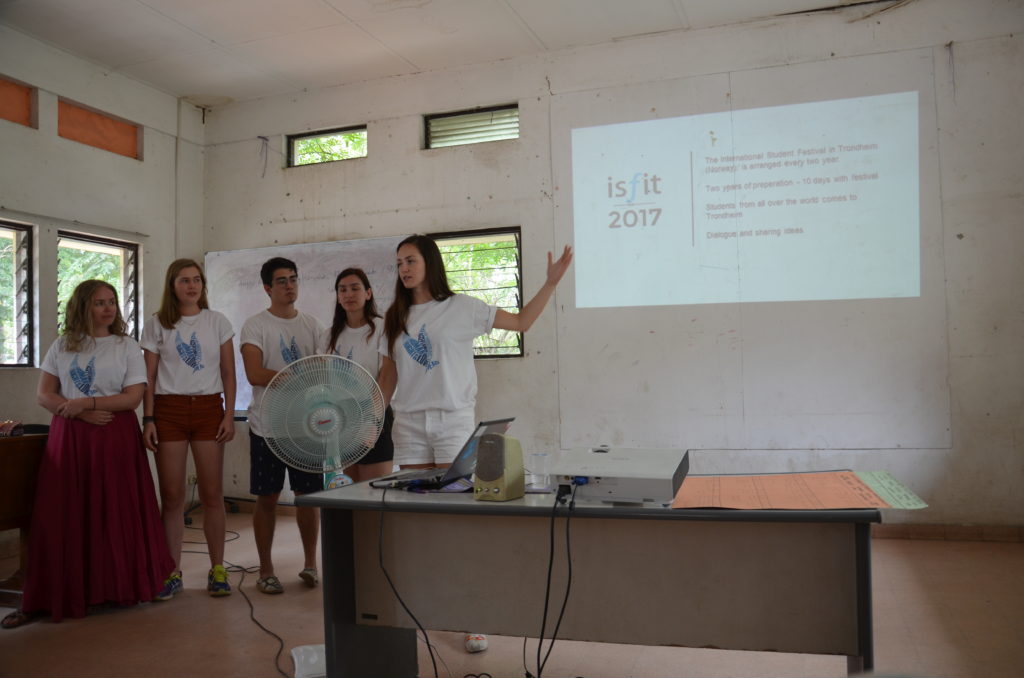 Tonje is introducing The Student Peace Prize and ISFiT

This was followed by a short introduction of the Student Peace Prize, the follow-up project and ISFiT, where we focused the presentation on student’s engagement in volunteer work and the international participation in the student festival. 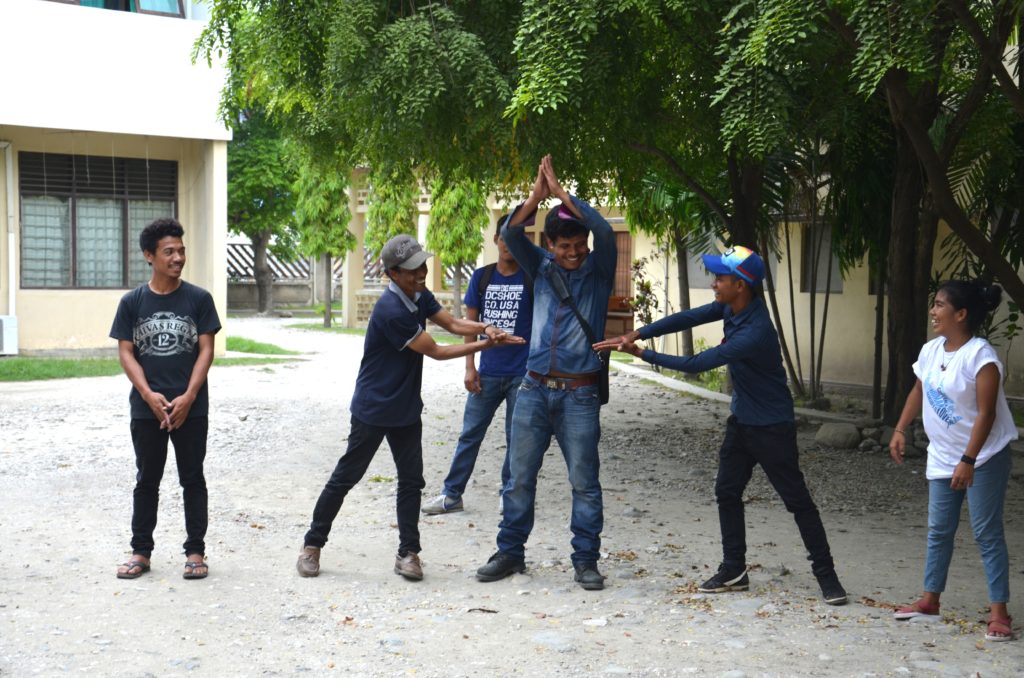 After a short break and Hi-Ha-Ho, the seminar continued with a lecture from Professor Lynda-Ann Blanchard from Australia, on the Sydney Peace Prize. Professor Blanchard introduced some of the former prizewinners and put emphasize on the importance of the justice aspect of peace. 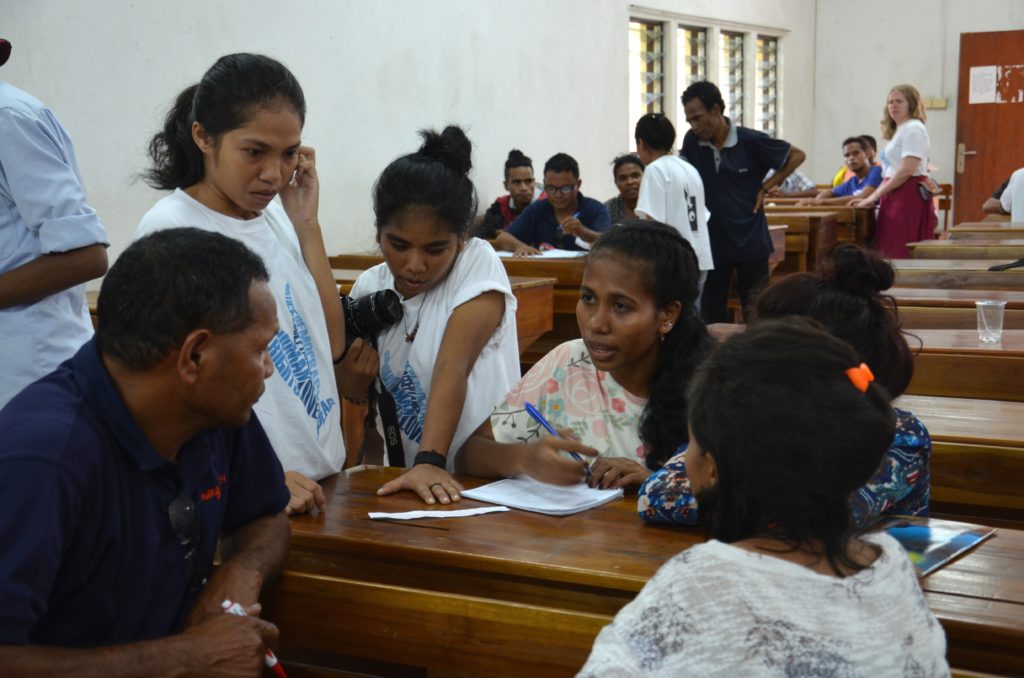 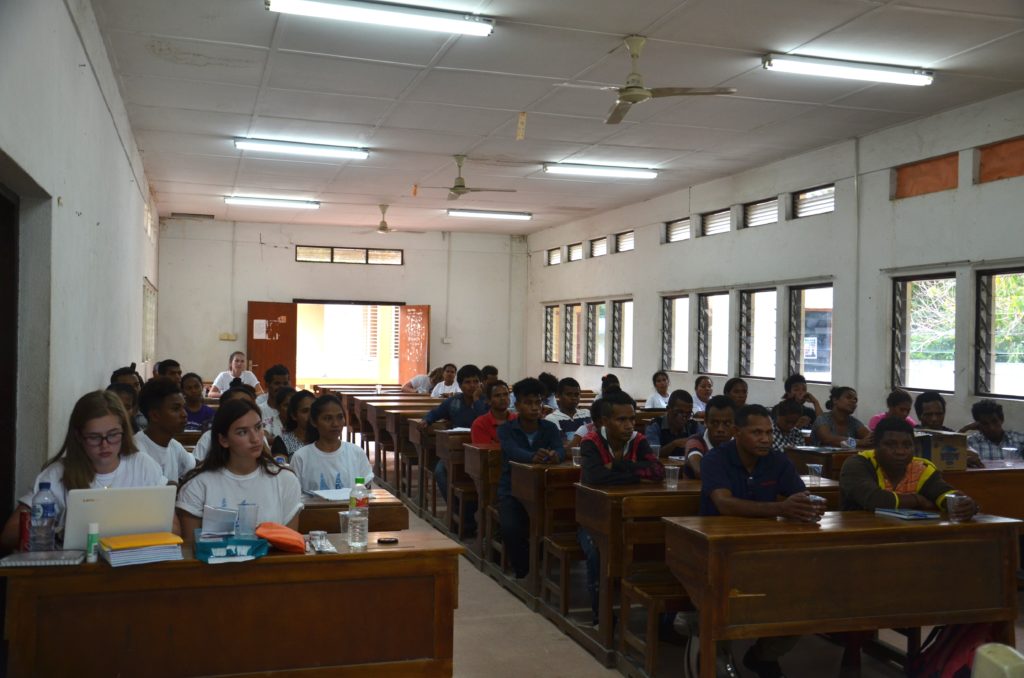 After a snack break, where the participants, volunteers and all of us filled our tummies with bananas, avocados and crackers, we all got a much needed boost of energy to continue the first seminar day with a workshop on the former Student Peace Prize winners. To wrap up the first day of seminar, we, the Peace Project team, handed over posters of all the ten former Student Peace Prize winners, which will be put up in the Peace Centre once it’s renovated. 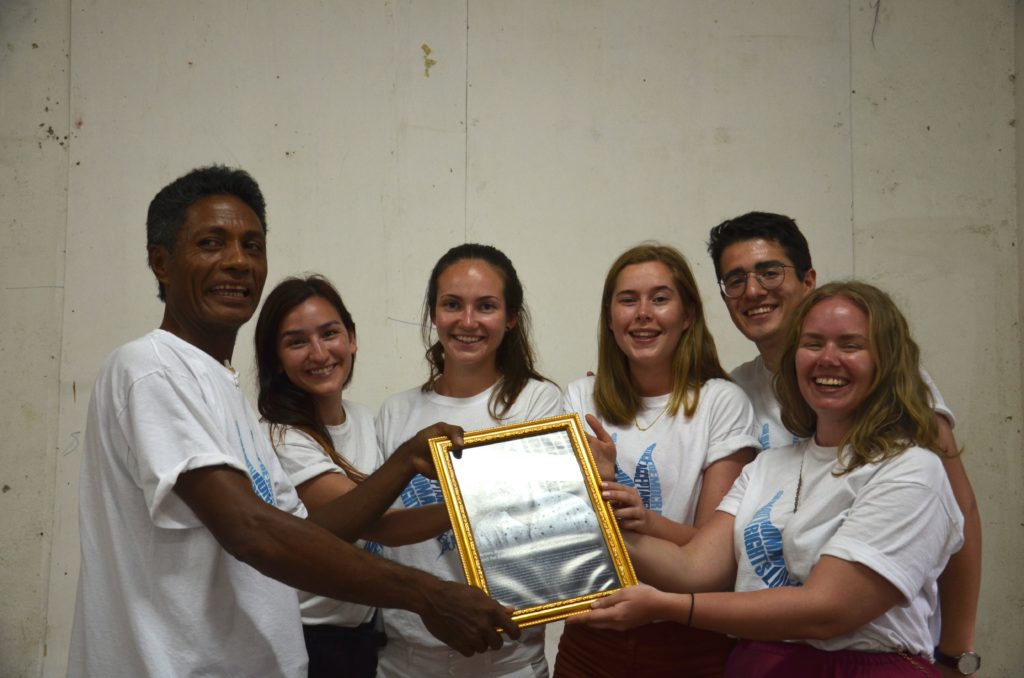 The general aim for the day was to show how one individual can make big differences and positive changes in the world. By introducing the Student and Sydney Peace Prize we hope to have inspired and motivated the participants as well as make them realize that nothing is impossible.

Despite delays, heat and sweat, the first seminar day went well, and we were all impressed with how well the participants communicated and worked together, and how active they all were throughout the whole day. Tomorrow, the theme of the day will be diversity, and we are excited to see what the day will bring.